It was thirty years ago that Rachel began her insurance career. She has experience and handles both personal and commercial insurances.
She moved to Toledo 29 years ago, has been involved and supports her community. In 2001, she earned her Certified Insurance Services Representative (CISR) designation.

In March 2004, Rachel Phillipps took a leap of faith and opened Phillipps Insurance Group. She became a member of the South Lewis County Chamber of Commerce and Toledo Lioness Club, which she also served as President for several years. She has been married for 36 years, has three wonderful boys, and a granddaughter that stole her heart. 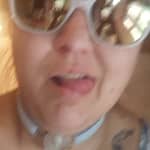